Cisco Live 2014 is only two days away and although I like to think I’ve planned everything out well in advance, I’ll likely be doing a lot of last minute panicked preparation early Sunday before my flight.

This will be my fifth Cisco Live, my first one being the 2010 event in Las Vegas. Things have changed for me significantly since that first conference, and every year it just seems to get better and better. To be honest it’s become the one networking/professional development event I absolutely cannot miss every year, such that I pay for the majority of the trip myself.

Working as I do in the public sector, where budgets seemingly shrink every year, while costs and expenses rise, I do not have the benefit of a large professional development budget. Much of the training and certification I have done over the years has been self-paced, self-funded, and conducted in my home office and lab. This includes the costs incurred for Cisco Live. What budget I do get every year (usually between $1000-$1500 CAD) I put towards the conference registration costs. This does help put a dent in even the early-bird conference price of $1995 USD, and I appreciate the fact that I get anything at all towards my continued education.

Travel can be expensive but I’ve managed to get pretty thrifty over the years, and more often than not find pretty good deals on hotels that aren’t part of the Cisco Live “official hotel list” but are in close proximity to the conference location and other amenities.

In 2011 for example, I was able to stay The Excalibur in Las Vegas which is literally across the street from the Luxor, Mandalay Bay, and MGM Grand, which are all official Cisco Live hotels, for about 1/3 the price. The tram running along the strip provided fast transport over to the Mandalay Bay for the conference events.

This year was an even bigger challenge with hotel prices in San Francisco bordering on insane. There was no possible way I was going to be able to attend this year if I had to book one of the official hotels which ranged from $170 to $399 per night.

My schedule is so packed every year I actually don’t spend a lot of time in my hotel, so it’s basically a place to sleep for a few hours before beginning another day of social networking, learning, and fun. With that in mind I booked a room at a hostel-style hotel called The Winsor that’s a decent walking distance away from The Moscone Center. I’ll have a small room with pretty much just a bed and a sink, and a shared bathroom. The reviews on various travel sites said the neighborhood wasn’t great but the hotel was decent, even if it looks a bit shady.

“The hotel is of course very basic, but definitely acceptable (including in terms of cleanliness) given the excellent price.”

The proximity of liquor, beer, and cigarettes will be convenient, at least.

The first year I attended Cisco Live in 2010 I was purely alone. I didn’t know anyone, I wasn’t very active on social media, and I had no idea what to expect from the conference. I focused on maximizing my time in breakout sessions with the intent of learning as much as possible in the week I was there. I lurked on Twitter and saw there seemed to be a community within a community here and quickly saw some of the same names interacting with each other, with mention of “tweetup” and “Tom’s Corner”.

In between 2010 and 2012 I spent a lot of time following some of the more active names from that first event. People like Tom Hollingsworth (@networkingnerd), Jeff Fry (@fryguy_pa), Amy Arnold (@amyengineer), Stephen Foskett (@sfoskett), Tony Mattke (@tonhe), Eric Peterson (@ucgod), and Jennifer Huber (@jenniferlucille) just to name a few.

I discovered the Packet Pushers podcast where a lot of these folks got together with Greg Ferro (@etherealmind) and Ethan Banks (@ecbanks) to discuss current topics and trends in networking, and started listening to the back catalog of recordings.

I learned about Tech Field Day and it’s delegate program and with it another list of names of people I started to follow and interact with on Twitter.

As I built both the group of people that I followed on Twitter as well as those who followed me, I began to feel a real sense of community within these groups and carried that forward into the next visits to Cisco Live.

By 2013 in Orlando the trip to Cisco Live felt less like attending a trade show and more like a reunion with a large group of friends. “Tom’s Corner” had evolved into the Social Media Lounge, and it was clear that Cisco was putting a lot of effort into social media and this large subculture of networkers who populated it. The welcome Tweetup was the largest it had ever been and once again it was a welcome opportunity to reconnect with old friends and meet new people as the social media crowd grew even larger.

I had been approached by Cisco’s Social Media Marketing Manager just before the Orlando show as a candidate for the Cisco Champions program. I welcomed this as an opportunity to continue to grow with social media as a platform to discuss, inform and debate current topics within the networking world. I’ve been able to participate in some great podcast, product briefings and even managed to have a few blog articles published:

Now in 2014, the #CiscoChampions group has grown quite a lot and there are several events scheduled for us in San Francisco. My schedule now is even more jam-packed between regular sessions, social media events, Cisco Champion events, Tech Field Day round-tables and somewhere in there, time to eat and sleep.

The Customer Appreciation Event is going to be excellent this year with Lenny Kravitz as the headliner, and Imagine Dragons in support. The #BaconIT meetup with Amy Lewis (@commsninja) should prove to be another great evening with friends and bacon (and maybe a beverage or two). And I’m also looking forward to running in another 5K with Colin McNamara (@colinmcnamara) in support of the Wounded Warriors Project. Rumor has it we might be running across the Golden Gate Bridge!

I’m truly looking forward to another great year, and can’t wait to see you there! 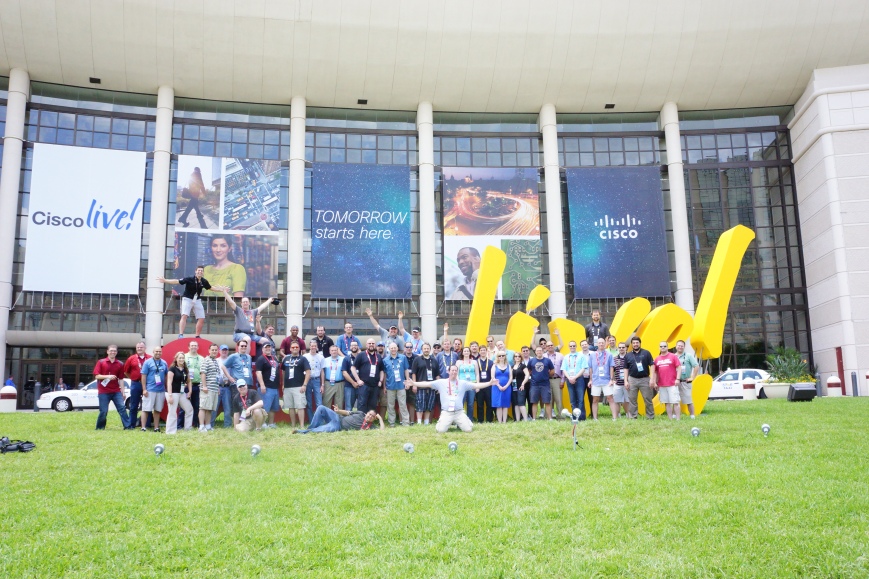 © Rob Coote and Network Canuck, 2012-2016. Unauthorized use and/or duplication of this material without express and written permission from this site’s author and/or owner is strictly prohibited. Excerpts and links may be used, provided that full and clear credit is given to Rob Coote and Network Canuck with appropriate and specific direction to the original content.
{networkphil}

At the intersection of technology and education.

Where servers, storage and networking combine to form Voltron.

Learn Networking With Me

Learn about networking from someone also learning

Security networking with a side of snark.